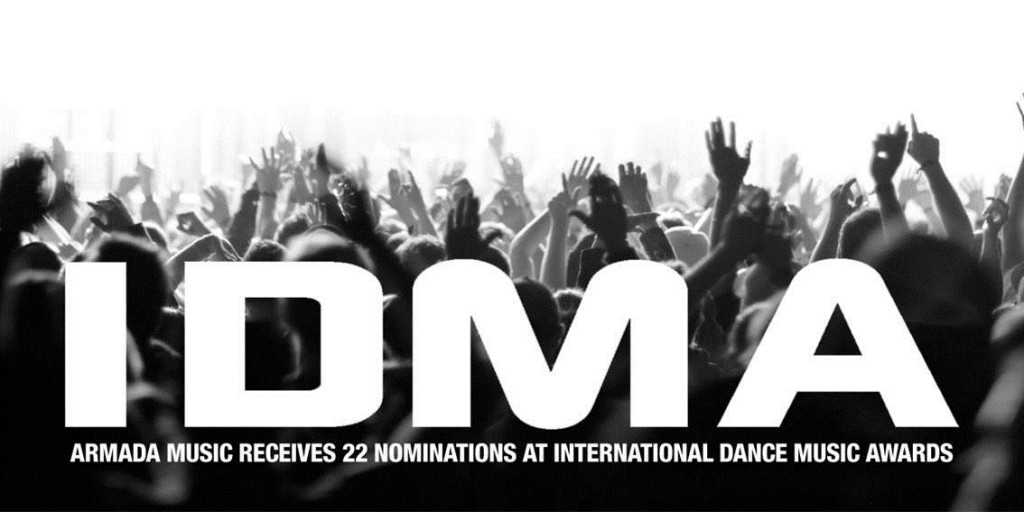 Dutch record company Armada Music has received no less than 22 nominations for this year’s International Dance Music Awards. The five-time winner of the ‘Best Global Record Label’ award is once again in the running for keeping the title. Maykel Piron, CEO and co-founder of Armada Music, is nominated for ‘Best Record Label Executive’ after receiving the award in 2010, 2011 and 2012. Armin van Buuren, one of the co-founders of the label, received 10 nominations in 9 different categories.

Music lovers are able to support their favorites by voting via www.armadamusic.com/idma.

Best Featured Vocalist Performance
This Is What It Feels Like – Armin van Buuren Feat. Trevor Guthrie

Best Music Video
This Is What It Feels Like – Armin van Buuren Feat. Trevor Guthrie

The 29th edition of the Winter Music Conference will take place in Miami, Florida, March 21-30, 2014. With over 60,000 visitors from over 70 different countries, including DJs, label owners and other delegates of the dance scene, the WMC is one of the major happenings in the dance music industry. One of the most anticipated events during WMC is the International Dance Music Awards show. The IDMAs generate over two million votes from music enthusiasts in 209 countries every year. During the show, awards in 57 different categories will be given. People are able to vote for their favourites by going to www.armadamusic.com/idma.

Enter your email address below to subscribe to our newsletter

Want to hear your sets/mixes on internet radio?

This site uses Akismet to reduce spam. Learn how your comment data is processed.

11/21 & 11/22 – Don’t Forget! Kraak & Smaak LIVE in LA & SF this weekend – CANEW – DJ DLG Mixes!DJ Dom Armano Mixshow PlaylistsThe Crystal Method Announce “Divided By Night” Tour – First in 5 Years!
We use cookies to ensure that we give you the best experience on our website.